We Are Hiring!
Introducing the Terrarium Bar!
What's New? February 2022
We are opening a shop!
A Trending Color Palette With a Pop of Red
Spring Pastels at Rolling Hills
A Pastel Palette at Discovery Lodge--Revisited
A Classic White Wedding at Farmer and Frenchman-Revisited
Modern Fall Colors--Revisited
Tis the Season to be Married
Incorporating Blue into Weddings
By: Whitney Muncy

When a bride tells me they want to have blue in their wedding, I admit it makes me feel a little anxious. The reason being–there are hardly any blue flowers. Thistle, delphinium, and hydrangea–that’s it. If one of those flowers doesn’t fit your look, well… You are out of luck.

Luckily, delphinium fit Austyn’s look perfectly and when she told me she wanted to use blue and white pottery as vases I was in love with the idea.

It is not uncommon for florists to suggest bringing blue into other aspects of the wedding–linens, ribbon, stationary, etc. Vases are an important piece of the puzzle though. They are often secondary to the flowers but the vase is a meaningful piece of the overall design scheme.

Austyn and Aaron were married on their original wedding date in early June. You can read about their elopement here. COVID-19 kept them from having a party at that time so we tweaked the original color palette to better fit September by adding some burgundy to the pinks.

Their ceremony was held at Trinity United Methodist Church in downtown Evansville.

The altar arrangements were repurposed on the head table at the reception.

The reception was held at Evansville Country Club.

Austyn and Aaron had a neon sign with their initials and we added flowers and greenery on the grid in their photo backdrop.

And of course, the personal flowers for the event…

Is blue one of your favorite colors? How would you choose to use blue in your wedding?

Congratulations to Austyn and Aaron! I wish you both the best! 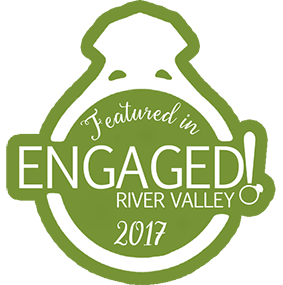 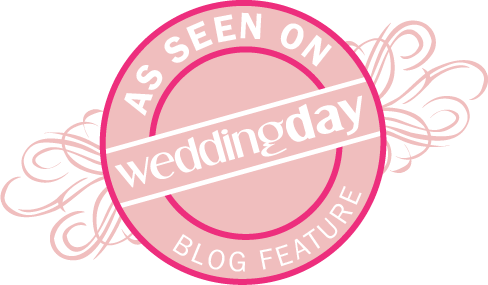